THE CRUSADES
EL CID AND THE RECONQUISTA

Welcome to EL CID AND THE RECONQUISTA Future Release's. A start of another new series. Hopefully many of you remember the wonderful Charlton Heston Movie "El CID", if not time to find it again. I am hoping these will start to be be available before Christmas, and it likely to disappear rather fast. A lot to look forward to, could be a very happy Christmas. 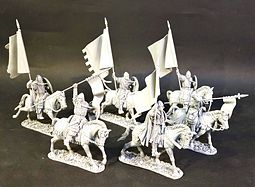 The age in which El Cid lived has since been termed the "Reconquista", or Christian reconquest of Spain from the Moors, and was one of the most colourful periods in military history.

The armies are spectacular and varied, ranging from the noble Christian Knights to the Muslim Andalusians, through to the religious zeal of the African invaders, the Almoravids and Almohads.

Although the period is often portrayed as a simple war of religion, it was in fact a great deal more complex, with Muslim commonly fighting Muslim, and Christian fighting Christians, with both sides using allies and mercenaries whenever it suited them. 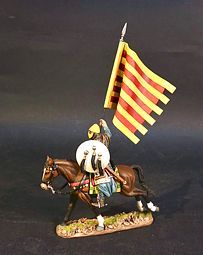 This series will concentrate on the final years of El Cid, mainly the last decade of the 11th Century. 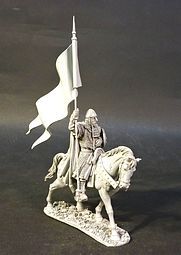 Rodrigo Diaz de Vivar, was born near Burgos around 1043AD, and was the son of a minor Castilian noble. He became a Castilian knight and warlord in medieval Spain. The Moors called him EL CID, which meant the Lord, and the Christians called him EL CAMPEADOR, which means "The Champion", in modern Spanish, but can also be translated as "The Master Of The Battlefield".

Vivar became well known for his service in the armies of both Christian and Muslim rulers, and is probably one of the most famous warriors of the middle Ages.

Unlike the shadowy Arthur of Britain, Spain's national hero has left us with a written history of his exploits, and even his signature as proof that this great warrior once existed. After his death, El Cid became Spain's celebrated national hero and the protagonist of the most significant medieval Spanish epic poem, "El Cantar de Mio Cid".

The Spanish Warlord is probably best known as a slayer of moors immortalised in the 1961 movie, especially by the compelling final image of Charlton Heston riding through hordes of black clad Almoravids outside the walls of Valencia. 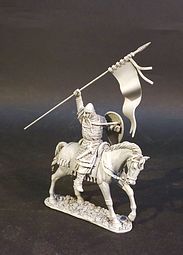 Alvar Fanez (died 1114AD) was a Leonese nobleman and military leader under Alfonso VI of Leon and Castile. He became the subject of legend, immortalised by the Poema de Mio Cid, into Alvar Fanez Minaya, a loyal vassal and commander under El Cid, during the latter's exile and his conquest of Valencia.

In the "Poema de Mio Cid", he becomes one of the main characters, and is transformed from his historical role as loyal vassal and general of Alonso VI to a similar role in the retinue of El Cid. He is written as often being given military command when Cid splits his forces, and accompanies the Cid during his exile.

He is depicted as a paragon of loyalty, not only being true to his uncle El Cid, but also unwavering in his defense of his kinsmen.

Historically he is credited with the reconquest of Guadalajara, where a Moorish tower , the "Torreon de Alvar Fanez" is named after him. 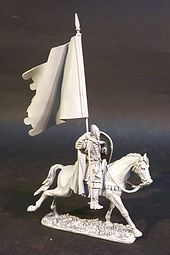 He was also one of the three trusted champions of El Cid, who took part in the duels to avenge the insults to the Cid's daughters.

Other characters will include, trusted warriors such as Muno Gustioz, Martin Antolinez, and El Cid's cousin Felez Munoz.

There will of course have to be a castle. 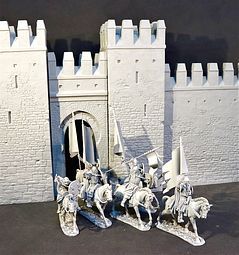 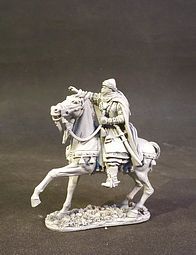 As a child of the 1960's and growing up in the golden age of 1970's Airfix plastic 1/72 toy soldiers, its impossible to separate the influence that the toy soldier and epic historical movies had on the imagination.

"El Cid" the 1961 movie starring Charlton Heston, was another classic movie, along with many others such as "Zulu", "The Vikings", "Spartacus", "Alexander The Great", "Waterloo"......the list is long, and was obviously a major factor in shaping my interests in the future.

The final scene of the movie as Charlton Heston rides out through the gates of the besieged city of Valencia, scattering the invading Almoravid army before him, has always been one of those key cinematic moments that has always stayed with me over the years.

The first sets of this new series will hopefully be available in December.