For this edition we visit two different worlds. We introduce 74th(HIGHLAND) REGIMENT OF FOOT for the Battle of Assaye.

Then we go back in time to the armies of Greece and Macedonia.

THE BATTLE OF ASSAYE 1803
THE 74th(HIGHLAND) REGIMENT OF FOOT

The regiment was raised in Glasgow by Major-General Sir Archibald Campbell for service in India in October 1787. In accordance with the Declaratory Act 1788 the cost of raising the regiment was recharged to the East India Company on the basis that the act required that expenses 'should be defrayed out of the revenues" arising there.

At the Battle of Assaye in 1803 casualties were so high, every officer in the regiment was killed or wounded and what was left of the unit had to be led out of action by its regimental sergeant major.

From an initial strength of about 500, the 74th lost ten officers killed and seven wounded, and 124 other ranks killed and 270 wounded. 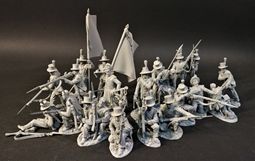 The predominant arm in India was the infantry. The King's and EIC native battalions were organized on similar lines, with the only difference being that the EIC battalions had 2 Grenadier companies and no light company, as it was believed that the native Indian soldier was considered a poor skirmisher. 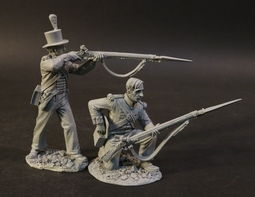 The 74th (Highland) Regiment of Foot wore kilts and plaids of Government tartan from the time they were raised in 1787. However, they were soon ordered to India, where the regiment spent 18 years. On arrival at Madras the kilt was discontinued as unsuitable. In 1803 the soldiers wore linen white trousers and black round hats.

Captain A. B. Campbell of the 74th, who had on a former occasion lost an arm, was seen in the thickest of the action with his bridle in his teeth, and a sword in his right hand, "dealing destruction around him". He was to survive the battle although "one of the enemy in the charge very nearly transfixed him with the bayonet, which actually pierced his saddle". 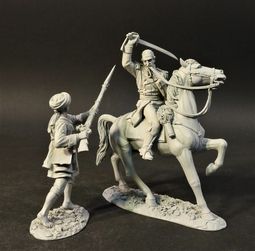 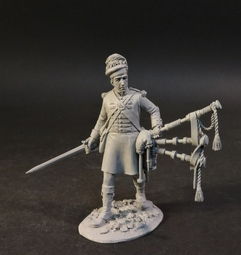 Wellesley's infantry formed up in two lines on the far bank, with the British regiments on the outside flanks, the 74th opposite Assaye, the 10th Madras Native Infantry in the centre of the first line and the 4th and 12th Madras Native Infantry in the second. The 19th Light Dragoons and the 3 Madras cavalry regiments formed the reserve. The Mysore cavalry remained on the near bank of the Kaitna. 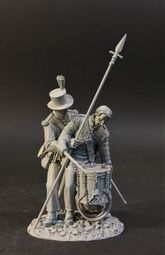 During the Battle of Assaye in 1803, Wellesley's right flank was in turmoil. The commander of the right flank, Lieutenant Colonel William Orrock, had mistaken his orders and continued on an oblique path directly towards Assaye. The 74th under command of Major Samuel Swinton had moved so far north, it created a large gap in the centre of the British line, and brought the units on the flank under a barrage of cannonade from the artillery around the village and the Maratha left. The two battalions began to fall back in disarray, and Pohlmann ordered his infantry and cavalry forward to attack. The Maratha cavalry virtually annihilated the pickets, but the remnants of the 74th were able to form a rough square. Realising the destruction of his right flank would leave his army exposed and outflanked, Wellesley ordered a detachment of British cavalry under Colonel Patrick Maxwell, consisting of the 19th Light Dragoons and elements of the 4th and 5th Madras Native cavalry into action. The cavalry dashed directly towards the 74th's square, crashed into the swarming Maratha cavalry and routed them. 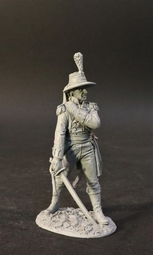 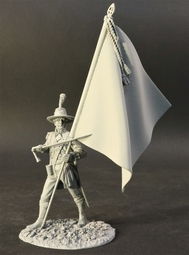 The Regiment saw service in Ireland at the time of Waterloo in 1815, and spent most of the following three decades in Canada and the West Indies.

In 1851, it arrived in the Cape Colony (in what is now South Africa) for the Eighth Cape Frontier War(1850-1853) The troopship "Birkenhead" foundered off the coast of Southern Africa, the largest draft of new troops on board was intended for the 74th foot. Their discipline on deck as the vessel sank, later known as the "Birkenhead Drill", allowed the women and children on board to be saved.

The Regiment was to return to India in 1854, remaining there for ten years and fighting in the Indian Mutiny (1857-59)

ARMIES AND ENEMIES OF GREECE AND MACEDONIA
THE SCYTHIANS

The Scythians were an ancient nomadic people living primarily in the region known as Scythia, which today comprises the Eurasian steppes of Kazakhstan, the Russian Steppes of the Siberian, Ural, Volga and Southern regions , and eastern Ukraine.

The Scythians were a warlike people. When engaged at war, almost the entire adult population including a large number of women, participated in battles. The Athenian historian Thucydides noted that no people in either Europe or Asia could resist the Scythians without outside aid.

The scythians were particularly known for their equestrian skills, and their use of the composite bow shot from horseback. With great mobility, the Scythians could absorb the attacks of more cumbersome foot and cavalry, just retreating into the steppes. Such tactics wore down their enemies, making them easier to defeat.

Due to their notorious reputation as aggressive warriors they frequently gained employment as mercenaries.

By the late 6th Century BC, the Persian Achaemenid King Darius The Great had built Persia into becoming the most powerful empire in the world, stretching from Egypt to India. Planning an invasion of Greece, Darius first sought to secure his northern flank against the Scythians. 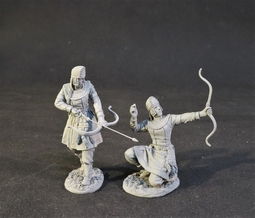 Darius sent a fleet of over 600 ships into Scythian territory. The army captured several Scythian Nobles. The army according to Herodotus numbered 700,000 men.

Unable to withstand the direct force of the Persian army, the Scythians adopted a scorched earth strategy, while simultaneously harassing the extensive Persian supply lines. The Persians suffered heavy losses and only proceeded as far as the Sea of Azov.

Darius and his army eventually retreated across the Danube back into Persia, and the Scythians thereafter earned a reputation of invincibility among its neighboring peoples. 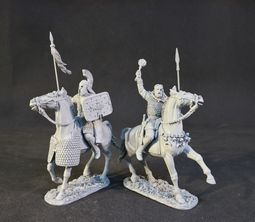 In the aftermath of their defeat of the Persian invasion, Scythian power grew considerably, and they were to launch campaigns against their Thracian neighbours. The Greek cities of the Northwestern Black Sea coast and parts of the Crimea were also invaded and were largely unsuccessful, as the Greeks united under the leadership of the city of Panticapaeum and put up a vigorous defence. 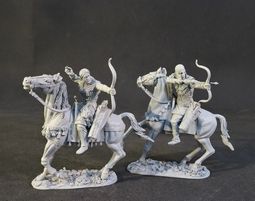 The 4th century BC was a flowering of Scythian culture. The Scythian King Ateas managed to unite under his power the Scythian tribes. He was to conquer territories along the Danube as far as the Sava river and established a trade route from the Black Sea to the Adriatic. The scythians apparently obtained most of their wealth from their control over the slave trade, but their trade routes were instrumental in opening up the silk road trade

The westward expansion of Ateas brought him into conflict with Philip II of Macedon, who took military action against the Scythians killing Ateas in battle. Philip's son Alexander the Great continued the conflict with the scythinas, and in 331BC his general Zopyrion invaded Scythian territory with a force of 30,000 men, but was routed and killed by the scythians near Olbia. 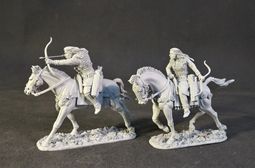 In the aftermath of conflict between Macedon and the Scythians, the Celts seem to have displaced the Scythians from the Balkans, whilst in south Russia, a kindred tribe, the Sarmatians, gradually overwhelmed them.

This mini collection will be perfect for "bulking" out any ancient Persian collections, and as an opponent for Thracian or Macedonian armies.

The first of the Scythian sets will be available in 2022.