Welcome to the Monday Update. We have 2 treats for you in this update. The first is the start of a new series expected September / October, Wellington in India series. In this edition we introduce to the man himself Wellington.

For our second introduction we fly to WWI and visit the Red Baron.

Arthur Wellesley, 1st Duke of Wellington, (1st May 1769 - 14th September 1852), was an Anglo Irish soldier and Tory statesman who was one of the leading military and political figures of 19th Century Britain, serving twice as prime minister. He ended the Napoleonic Wars when he defeated Napoleon at the Battle of Waterloo in 1815.

Wellesley was born in Dublin. He was commissioned as an ensign in the British army in 1787, serving in Ireland as aide-de-Camp to two successive lords lieutenant of Ireland. He was a Colonel by 1796 and saw action in the Netherlands and in India, where he fought in the Fourth Anglo-Mysore War at the Battle of Seringapatam. He was appointed governor of Seringapatam and Mysore in 1799 and as a newly appointed Major-General, won a decisive victory over the Maratha Confederacy at the Battle of Assaye in 1803. 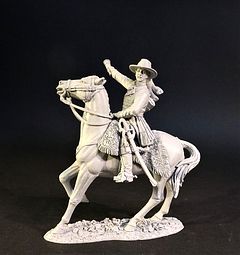 Arriving in Calcutta in February 1797 he spent several months there, before being sent on a brief expedition to the Philippines, where he established a list of new hygiene precautions for his men to deal with the unfamiliar climate. Returning in November to India he learnt that his elder brother Richard, now known as Lord Mornington, had been appointed as the new Governor-General of India.

In 1798, he changed the spelling of his surname to "Wellesley"; up to this time he was still known as Wesley, which his eldest brother considered the ancient and proper spelling 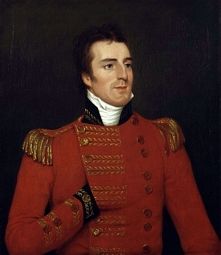 In September 1802, Wellesley learnt that he had been promoted to the rank of Major-General. He remained at Mysore until November when he was sent to command an army in the Second Anglo-Maratha War. When he determined that a long defensive war would ruin his army, Wellesley decided to act boldly to defeat the numerically larger force of the Maratha Empire. He attacked the nearest Maratha fort on August 8th 1803. The fort surrendered on 12th August after an infantry attack had exploited an artillery breach in the wall. With the fort now in British control Wellesley was able to extend control southwards to the river Godavari.

Wellesley had split his army into two forces to pursue and locate the main Maratha army. His intelligence reported the location of the Marathas' main army between two rivers near Assaye. Waiting for the arrival of the second force of his army, meant the Marathas would be able to mount a retreat, so Wellesley decided to launch an attach immediately.

On 23rd September 1803, Wellesley led his army over a ford in the river Kaitna, and the Battle of Assaye commenced. After crossing the ford the infantry was organized into several lines and advanced against the Maratha infantry. He ordered his cavalry to exploit the flank of the Maratha army near the village. During the Battle Wellesley himself came under fire, and two of his horses were shot from under him.

A good stable of horses was an important asset for any commander, particularly a man like Wellesley, who was capable of riding upwards of 40 miles a day, therefore needing frequent changes. Diomed his favourite horse, had originally belonged to a Colonel Ashton, a friend of Wellesley's who bequeathed his horse to Wellesley as he lay dying from a duelling wound. With the horses fitness and agility, Diomed got Wellesley out of numerous tight spots in India, only to die from a pike wound at the Battle of Assaye.

An officer wrote of the importance of Wellesley's personal leadership, "The General was in the thick of the action the whole time.... I never saw a man so cool and collected as he was.... Though I can assure you, til our troops got the order to advance the fate of the day seemed doubtful...." With some 6,000 Marathas killed or wounded, the enemy was routed, though Wellesley's force was in no condition to pursue. British casualties were heavy, the British losses were 409 soldiers killed out of which 164 were Europeans and the remaining 245 were Indian. A further 1,622 British soldiers were wounded ( the British casualty figures were taken from Wellesley's own dispatch). He was troubled by the loss of men and remarked that he hoped "I should not like to see again such a loss as I sustained on 23rd September, even if attended by such gain." Years later , he remarked that Assaye, and not Waterloo, was the best battle he ever fought.

Wellington is famous for his adaptive defensive style of warfare, resulting in several victories against numerically superior forces while minimizing his own losses. He is regarded as one of the greatest defensive commanders of all time, and many of his tactics and battle plans are still studied in military acadamies around the world.

The Wellington in India series is scheduled to begin in September/October this year.

THE KNIGHTS OF THE SKIES
THE RED BARON, MANFRED VON RICHTHOFEN

Known in English as Baron von Richthofen, and most famously as the "Red Baron", was a fighter pilot with the German Air Force during the First World War. He is considered as the Ace of Aces of the war, being officially credited with 80 air combat victories.

Originally a cavalryman, Richthofen transferred to the Air Service in 1915, becoming one of the first members of fighter squadron Jagdstaffel 2 in 1916. He quickly distinguished himself as a fighter pilot, and during 1917 became the leader of Jasta 11, also known as the Red Squadron, and later on he led the larger fighter wing Jagdgeschwader 1, better known as "The Flying Circus" or "Richthofen's Circus" because of the bright colours of its aircraft, and perhaps because of the way the unit was transferred from one area of Allied activity to another, moving around like a travelling circus, and frequently setting up in tents on improvised airfields. By 1918, Richthofen was regarded as a national hero in Germany, and respected by his enemies.

Richthofen was shot down and killed near Vaux-Sur-Somme on 21st April 1918. There has been considerable discussion and debate regarding aspects of his career, especially the circumstances of his death. He remains one of the most widely known fighter pilots of all time, and has been the subject of many books, and films. 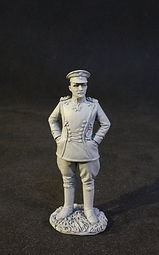 Richthofen was a Freiherr (literary "free Lord"), a title of nobility often translated as Baron.

This is not a given name nor strictly a hereditary title, since all male members of the family were entitled to it, even during the lifetime of their father.

This is not a given name nor strictly a hereditary title, since all male members of the family were entitled to it, even during the lifetime of their father.

Richthofen painted his aircraft red, and this combined with his title led to him being called "The Red Baron".

In Germany he was more frequently described in German as "Der Rote Kampfflieger", variously translated as "The Red Battle Flyer" or "The Red Fighter Pilot". This name was used as the title of Richthofen's 1917 autobiography.

The Red Baron figure should be available later this year.