Welcome to the June edition #1, here we visit Ancient Roman and the Mountain Men.

As Romans were never considered exceptionally good horsemen, and the role of the cavalry not as important in the Roman thought process, the Equitatus was generally made up of non-Roman horsemen. While they would play an important part of Legionary tactics, the Roman Cavalry was considered secondary and would remain the weakest part of the Roman Army until the very late Imperial period. Generally, the cavalry was used as light skirmishing troops, and mounted archers whose job was to patrol, act as scouts and messengers and to provide a mobile defensive screen while the legion was massing in battle array. As in all armies throughout history, the mounted trooper was also very effective in chasing down and harassing a fleeing and panicked enemy force.

As part of the military reforms of Augustus around AD 14, the Auxilia were re-organized. They would be trained to the same standards of discipline as the legions. They were mainly drawn from a wide range of warlike peoples throughout the provinces, and would receive Roman citizenship on completion of their 25 year sevice. Senior officers in contrast were Roman citizens. The Auxilia filled the tasks of patrolling, containing raids, tax collecting, and the multitude of duties of the frontier troops. They were especially suited to garrison and local policing activities, and could also hold their own in small scale warfare.

Cavalry units were known as Alae, and were made up of 16 Turmae. A Turmae consisted of 30 troopers, and was commanded by a Decurio, and a second in command called the Duplicarius. 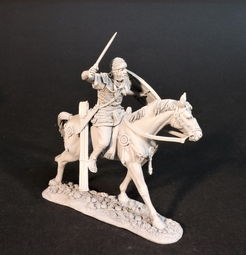 Cavalrymen carried Clipeus , a flat oval or hexagonal shield. These were extremely light, constructed of double or triple thickness plywood, made up of thin strips of birch. 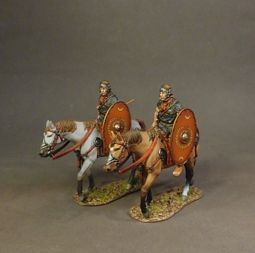 These six new Roman auxiliary cavalry figures can be added to the previously released ROMCAV sets. All the ROMCAV sets will be restocked later this year, along with the new cavalry sets.

Hugh Glass (c. 1783-1833) was an American frontiersman, fur trapper, trader, hunter and explorer. He is best known for his story of survival and forgiveness after being left for dead by companions when he was mauled by a grizzly bear. 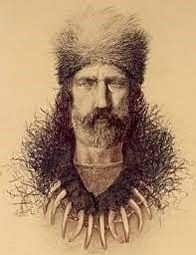 There are no official records of his origins but it is believed he was born in Pennsylvania to Irish/Scots parents. His life story has been the basis for two movies. "Man In The Wilderness" in 1971, and the more recent "The Revenant" in 2015. Both movies portray the survival struggle of Glass, who crawled and stumbled 200 miles to Fort Kiowa, South Dakota, after being abandoned without supplies or weapons by fellow explorers and fur traders during General Ashley's Expedition of 1823. 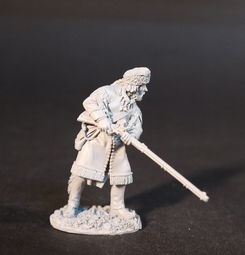 Despite the story's popularity, its accuracy has been disputed. It was first recorded in 1825 in "The Port Folio", a Philadelphia literary journal, as a literary piece and later picked up by various newspapers. There is no writing from Hugh Glass himself to corroborate the veracity of it. 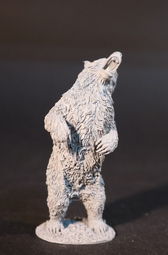 In 1822, many men responded to an advertisement in the "Missouri Gazette", which was placed by General William Henry Ashley. It called for 100 men to "ascend the river Missouri" as part of a fur trading venture. This group of men would later become known as "Ashley's Hundred". Hugh Glass, however did not join the group until the following year. In June 1823 he met up with the group, and were attacked by Arikara warriors. Glass was apparently wounded in the leg, and the survivors retreated downstream and waited for reinforcements. The survivors would eventually return to Fort Kiowa to regroup, and under the command of Andrew Henry, Ashley's partner they would set out overland to the Yellowstone River. Near the forks of the Grand River, near present day Shadeville Reservoir, while scouting for game for the expedition, Glass surprised and disturbed a mother grizzly bear with two cubs. The bear charged, picked him up, bit, slashed and lacerated his flesh, severely wounding Glass. Despite still managing to kill the bear, with the help from his trapping party, he was badly mauled. The men were convinced Glass would not survive his injuries, nevertheless, they carried Glass on a litter for two days, but doing so it slowed the pace of the group's travel

Andrew Henry asked for two volunteers to stay with Glass until he died and then bury him. John S. Fitzgerald and a man later identified as "Bridges" stepped forward, and as the rest of the party moved on, began digging a grave. The two men were to claim that they were interrupted by attacking Arikara. They grabbed the rifle, knife and other equipment belonging to Glass and took flight. Fitzgerald and "Bridges" later caught up with the party and incorrectly reported to Ashley that Glass had died. There is a debate whether Bridges was actually the famed mountain man Jim Bridger. Despite his injuries Glass regained consciousness, but found himself abandoned without weapons or equipment. With a broken leg, and deep cuts that exposed his bare ribs, Glass lay mutilated and alone, more than 200 miles from the nearest settlement at Fort Kiowa, on the Missouri River. Glass set the bone of his own leg, wrapped himself in the bear hide his companions had placed over him as a shroud, and began crawling back to Fort Kiowa. Glass crawled southwards towards the Cheyenne River, where he fashioned a crude raft and floated downstream to Fort Kiowa. The journey took him 6 weeks. He survived mostly on wild berries and roots. 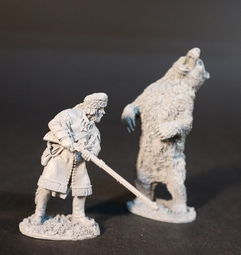 After recovering from his wounds, Glass set out again to find Fitzgerald and "Bridges". He eventually travelled to Fort Henry on the Yellowstone River but found it deserted. A note indicated that Andrew Henry and company had relocated to a new camp at the mouth of the Bighorn River. Arriving there, Glass found "Bridges", but apparently forgave him because of his youth, and then re-enlisted with Ashley's company.

Glass later learned that Fitzgerald had joined the army and was stationed at Fort Atkinson in present day Nebraska. The army captain in charge prevented Glass from killing Fitzgerald. However the Captain insisted that the stolen rifle be returned to Glass. Before departing the army camp, Glass warned Fitzgerald never to leave the army, or he would still kill him.

Glass was to eventually meet his death along with two of his fellow trappers in the spring of 1833. They were attacked by the Arikara on the Yellowstone river.