Welcome to the Tuesday Update. We have 2 treats for you in this update. The first is a new edition to the American Civil War Range Confederate General Barnard Elliott Bee.

The Second are figures for the start of a new series expected September / October, Wellington in India. We are introducing the 19th Regiment of Light Dragoons and Madras Native Infantry.

THE FIRST BATTLE OF MANASSAS, 1861, THE ARMY OF THE SHENANDOAH
GENERAL BARNARD ELLIOTT BEE

Barnard Elliott Bee Jr. (February 8th 1824 - July 22nd 1861) was a career United States Army officer and a Confederate States Army general during the American Civil War. He was mortally wounded at the First Battle of Manassas, one of the first general officers to be a casualty of the war.

During this battle he was responsible for inspiring the famous nickname for Brig. Gen. Thomas J."Stonewall" Jackson. 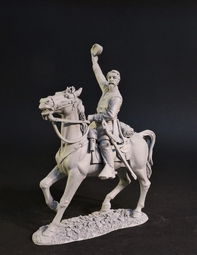 Upon the start of the civil War, Bee, like many army officers from the South, was torn between loyalty to his home state or to the United States. He struggled with the decision but opted to stay with the South.

On March 3rd 1861, Bee resigned from the United States Army and returned to Charleston where he was elected lieutenant Colonel of the 1st South Carolina Regulars. 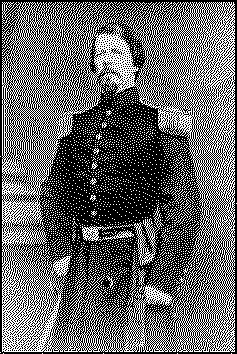 On June 17th 1861, Bee was appointed Brigadier General of a brigade mobilized at Manassas Junction, although he was confirmed by the Confederate senate posthumously.

He was given command of the third brigade of the Army Of The Shenandoah, under Brigadier general Joseph E. Johnston.

"There is Jackson standing like a stone wall. Let us determine to die here, and we will conquer. Rally behind the Virginians!"

This was in reference to brigadier General Thomas J. Jackson and his men, giving rise to the name "Stonewall Jackson" and his "Stonewall Brigade".

No one really knows if this was meant to be complimentary or an insult regarding jackson's men not advancing. Bee was wounded in the stomach by an Union artillery shell and after considerable suffering, died the next day. As a result, it could not be determined whether his naming of Stonewall Jackson was intended as praise, a condemnation, or whether it was simply a misattributed quote.

The 19th Light Dragoons was a cavalry regiment of the British Army created in 1781 for service in British India. The regiment served in India until 1806, and in North America during the War of 1812. It was disbanded in Britain in 1821. 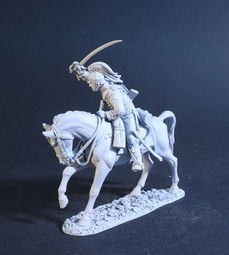 The regiment was raised by Colonel Sir John Burgoyne (a cousin of General John Burgoyne) as the 23rd Regiment of Light Dragoons on 24th September 1781 for service in India.

There had been no European cavalry to that date in India, and successive commanders there had called upon the regular British Army to supply a cavalry unit.

The regiment arrived at Fort St. George, Madras in 1782 and became the first British cavalry regiment to serve in India. In 1786 the regiment was renumbered as the 19th Regiment of Light Dragoons 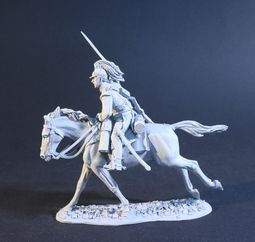 The 19th played a major role in the Anglo-Mysore Wars, and Anglo-Maratha Wars.

Their first campaign was against Tipu Sultan of Mysore from 1790 to 1792. After defeating Tipu the 19th were on garrison duty until 1799 when war broke out with Tipu again.

This time the Sultan was killed during the Siege of Seringapatam in May 1799. 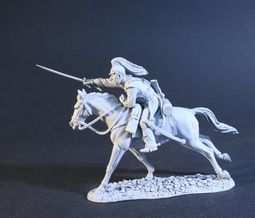 In 1800, the 19th fought Dhondia Wagh's rebel army and in 1803, led by Major-General Arthur Wellesley they participated in the Battle of Assaye in September 1803. In this battle, the outnumbered British troops defeated a Maratha army and the regiment was subsequently awarded the battle honour of "Assaye" and presented with an honorary colour. 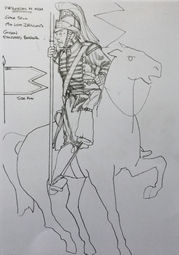 During the Battle of Assaye a formation of Maratha cavalry charged the 74th Highland Regiment in the flank, and began capturing some of the British guns.

In response, Lt. Colonel Maxwell advanced with his cavalry brigade, which consisted of three regiments of Native Cavalry and the 19th Light Dragoons, and charged the enemy's left driving the Maratha cavalry into the river Juah, and from the field of battle. 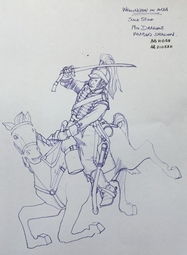 The Maratha army was so large that the British rear was still threatened, so Maxwell's cavalry returned to the rear, and ended the day with another charge against the Maratha infantry, even though the men and horses were exhausted.

In the initial pursuit of the Maratha cavalry Lt. Colonel Maxwell was killed.

The first of the 19th Regiment of Light Dragoons will be available from November 2021.

A Sepoy was originally the designation given to a professional Indian infantryman, usually armed with a musket, in the armies of the Mughal Empire.

In the Eighteenth Century, the French East India Company and its other European counterparts employed locally recruited soldiers within India, mainly consisting of infantry designated as "Sepoys".

The largest of these Indian forces, trained along European lines, were those that belonged to the British East India Company. 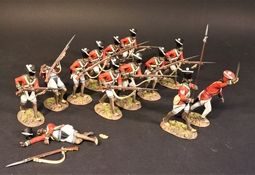 The term "Sepoy" is still used in the modern Nepalese, India, Pakistan, and Bangladesh armies, where it denotes the rank of private soldier.

In its most common application, sepoy was the term used in the British Indian Army and earlier in the army of the British East India Company, for an infantry private.

A cavalry trooper was known as a "Sowar". 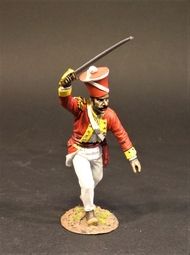 The term Sepoy came into common use in the forces of the British East India Company in the eighteenth century, where it was one of a number of names, such as Peons, gentoos, mestees and topasses, used for various categories of soldier.

Initially it refered to Hindu or Muslim soldiers without regular uniforms or discipline. It later generically referred to all native soldiers in the service of the European powers in India. Close to ninety six percent of the British East India Company's army of 300,000 men were native to India and these sepoys played a crucial role in securing the subcontinent for the company. 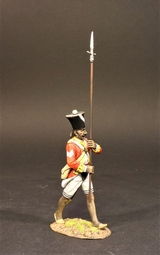 The East India Company initially recruited sepoys from the local communities in the Madras and Bombay Presidencies. The emphasis was for tall and soldierly recruits, broadly defined as being "of a proper caste and of sufficient size". In the Bengal army however, recruitment was only amongst high caste Brahmin and Rajput communities, mainly from the present day Uttar Pradesh and Bihar regions. Recruitment was undertaken locally by battalions or regiments often from the same community, village and even family. The commanding officer of a battalion became a form of substitute for the village chief or "gaon bura."

There were many family and community ties amongst the troops and numerous instances where family members enlisted in the same battalion or regiment.

The izzat (honour) of the unit was represented by the regimental colours, with the new sepoys having to swear an oath in front of them on enlistment. These colours were stored in the quarter guard and frequently paraded before the men, and formed a rallying point in battle. 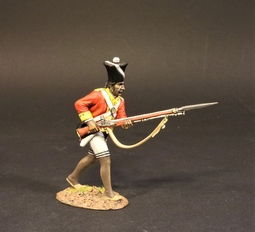 The salary of the sepoys employed by the East India Company, while not substantially greater than that paid by the rulers of Indian states, was usually paid regularly. Advances could be given and family allotments from pay due were permitted when the troops served abroad. There was a commisariat and regular rations were provided. Weapons, clothing and ammunition were provided centrally, in contrast to the soldiers of local kings whose pay was often in arrears. In addition local rulers usually expected their sepoys to arm themselves and to sustain themselves through plunder.

This combination of factors led to the development of a sense of shared honour and ethos amongst the well drilled and disciplined Indian soldiery who formed the key to the success of European feats of arms in India and abroad. 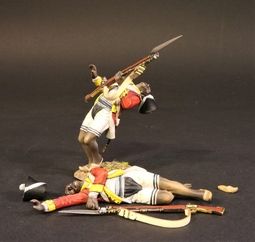 In the days of the East India Company, infantry companies in native regiments were commanded by British or Indian officers. The rank structure was the same for native officers as british counterparts, but with different names. A Subedar was a captain, and a Jemadar was a Lieutenant. 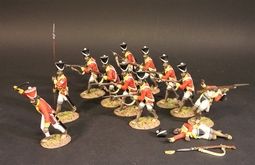 They retained this title until 1902 when they became the 8th Gurkhas until they were disbanded.

During the years that Wellesley was in India, they took to calling themselves "Wellesley's Own".

The first Sepoy sets will be available in September 2021.