Welcome to the 2nd Feburary edition, here we go back to the American Civil War.

The 39th New York Infantry Regiment, known as the "Garibaldi Guard" after the Italian revolutionary, Giuseppe Garibaldi, was an infantry regiment that served in the Union Army during the American Civil War.

This regiment was mustered in New York city by the Union Defense Committee, under the leadership of Col. Frederick George D'Utassy by special authority from the war department during the civil war of the United States.

The 39th, the "Garibaldi Guard," recruited in New York City, was composed of three Hungarian companies, three German, one Swiss, one Italian, one French, one Spanish and one Portuguese, most of whose members had already seen active service.

It was mustered into the U. S. service at New York, May 28, 1861, for three years and left the state for Washington, D.C. on the same day. Camp Grinnell was established near Alexandria, Va., and occupied until July 17, when the 39th participated in the movement of the army toward Manassas with the 1st brigade, 5th division, though in the battle of Bull Run the regiment was only slightly engaged. 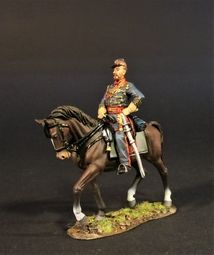 Frederick George D'Utassy (November 26th 1827 - May 5th 1892) was an officer in the Union Army in the American Civil War who led the famous "Garibaldi Guard" or the 39th New York Volunteer Infantry Regiment from 1861 to 1863.

The flamboyant Colonel was court martialed in1863 for fraud and conduct prejudicial to military discilpine. 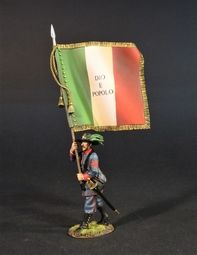 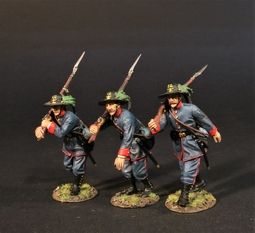 In June, 1863, it became part of the 3d brigade, 3d division, 2nd corps, and moved to Gettysburg, where it fought valiantly in the front of the left center, with a loss of 95 killed and wounded, the brigade losing six field officers killed or seriously wounded.

Three battle flags were captured by the 39th, a Mass. battery was recaptured, and the regiment received official commendation for its valor. 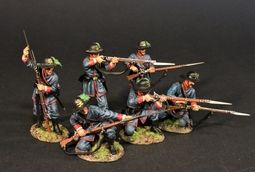 An update on the 39th Garibaldi Guards, as they will be the next releases for the Union side.