This week we visit the American Civil War and introduce 14th Regiment New York State Militia. Do not have a production date just yet.

During the civil war the men of the 14th Brooklyn became well known by both armies and throughout the country for their hard drill, hard fighting, and constant refusal to stand down from a fight.

There were two things the men of the Fourteenth jealously guarded. Their regimental numeral, and their red trousers. 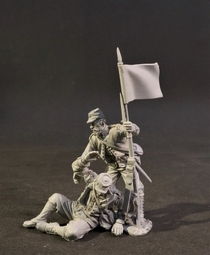 At their time of their muster into Federal service, the men were promised by no less a figure then General Irvin McDowell, that they could use the number "14". Officially, however the regiment bore the number "84" on the roster of New York volunteer regiments, and there was in fact another regiment called the 14th New York Volunteers.

This situation always annoyed the officers and men of the Fourteenth, and throughout the unit's civil war career, use of the number "84" was scrupulously avoided. All correspondence, payrolls, and reports were headed "14th New York State Militia", while the regiment commonly referred to itself, and was commonly known throughout the army, as the "14th Brooklyn". 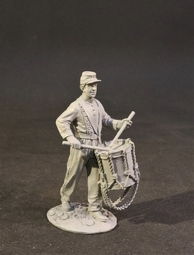 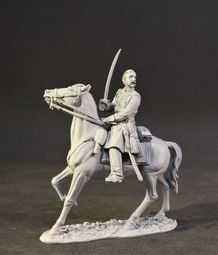 They received their nickname, the "Red legged Devils", during the First Battle of Bull Run. 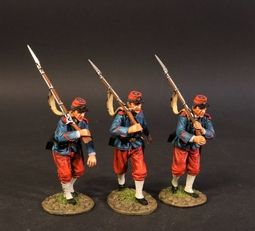 After the Battle of First Bull Run, there was a short period when it seemed that the Fourteenth would be obliged to go into the regulation blue uniform. According to its Colonel,

"... the red pants being worn out.... The army blue had to be substituted until others could be supplied by contract and, although the blue looked neat and comfortable, the men were not pleased with them as they would not be found dead without red pants on. The government soon supplied the distinctive uniform of the regiment and continued to furnish it during its term of service."

Please note that the first of the 14th Brooklyn sets are scheduled to be available from this summer, but ...a lot depends on what happens over the next few months.