Welcome to the Monday Update. In this announcement we bring you the casualities from both the Battle of Hastings and Stamford Bridge

The figures are next year.

The Battle of Stamford Bridge, on the 25th September 1066, Harold Hadrada's Vikings may have ultimately been defeated but both sides suffered heavy losses. Its reported that around 6,000 of the invading Viking army were killed, also around 5,000 of Harold's men died.

In the early Saxon period and as late as the 10th century it was regarded as a disgrace for retainers to leave the field of battle alive if their lord had been killed, unless the victory was theirs. Such men as did were declared "nithing" and no longer existed in the eyes of the law. The heavy slaughter of Vikings at Stamford Bridge in 1066 was probably a result of many of the Vikings resolution to die with their king.

After the Stamford Bridge battle the King's brother, Earl Gurth, urged a delay while further forces were assembled but Harold seemed determined to show his country that their new king could be relied upon to defend the realm decisively against every invader.

At the Battle of Hastings, the armies are said to have numbered around 5,000 to 7,000 on each side. The casualties are unknown, but were heavy for the Normans and disastrous for the Saxons. There were heavy casualties on both sides, with King Harold and his brothers, Leofwine and Gyrth among the dead. 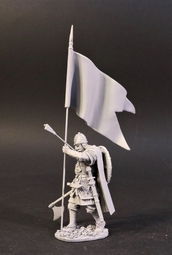 There are differing accounts of one of the most iconic yet debated parts of the battle, the death of Harold. Amatus of Monte Cassino writing in the 11th century claimed he was killed by an arrow to the eye. The Bishop Guy of Amiens recounted Harold was hacked to bits. The 12th century chronicler, Henry Huntingdon claims he was shot with arrows and then put to the sword. Even the Bayeux Tapestry does not give a clear answer. Near the phrase "King Harold was killed" ("haroldus rex interfectus est") there are images in the tapestry of men being shot with arrows and cut down with swords. All that is known for certain is that Harold was killed in the battle. 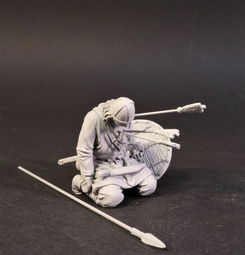 The day after the battle, Harold's body was identified, either by his armour or by the marks on his body. His personal standard was presented to William, and later sent to the papacy. The bodies of the English dead, including Harold's brothers and housecarls, were left on the battlefield. Although some were removed by relatives later. The Norman dead were buried in a large communal grave, which has not been found.

Exact casualty figures are unknown, and of the Saxons known to be at the battle, the number of dead implies that the death rate was about 50 percent of those engaged. Of the named Normans who fought at Hastings, one in seven is stated to have died, but these were all noblemen, and it is probable that the death rate amongst the common soldier was higher. The ratio of one in four casualties is considered accurate.

One story relates that Gyrtha, Harold's mother, offered the victorious duke the weight of her son's body in gold for its custody, but was refused. William ordered that Harold's body be thrown into the sea, but it is unclear if this took place.

Another story relates that Harold was buried at the top of a cliff. Waltham Abbey, which had been founded by Harold, later claimed that his body was buried there, and of course there are other legends one of which claimed Harold did not die at Hastings, but escaped and became a hermit at Chester.

These new figures will be available early next year.