THE AGE OF ARTHUR
THE VIKING "BOAR SNOUT"

If the "berserkers" fail to break the shield wall..... The SVINFYLKING, old Norse for 'Swine Array' or 'Boar Snout', was a version of the flying wedge formation used by the Vikings and Germanic peoples. Its invention was attributed to the god Odin. 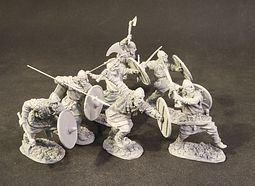 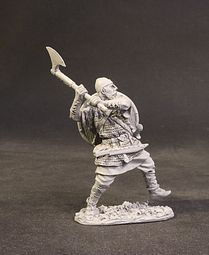 This flying wedge tactic was especially used to break a solid line of enemy troops, such as a shield wall! Several of these formations were often grouped together side by side to give the appearance of a zig-zag formation. 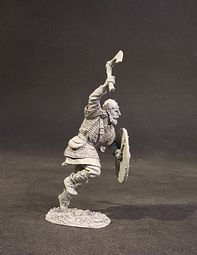 Its main weakness was that it could not handle a flank attack, it's main strength was based on its monumental shock impact. If the swine array did not break the enemy lines immediately then the warriors in the swine array would not usually hold for long! 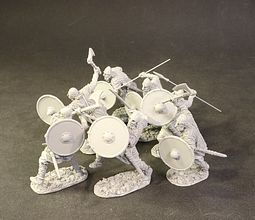