John has decided after 14 months of Covid lock down, that this will be the last of the weekly updates. He will go back to a regular monthly release schedule.

We hope you have enjoyed these as much as we have had in producing them.

So to finish with this edition John is answering some of the many question that arose. 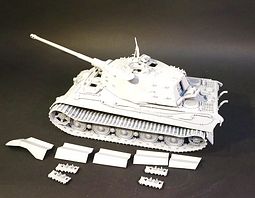 This item was previewed at the Chicago Toy Soldier Show "Treasure Hunt" in 2019.

In January 2020, after completing both the production of both the Roman and Carthaginian Warships, I started production on 2 paint versions of the King Tiger. The JJD KING TIGER is a 300pcs model that is expensive and time consuming to produce.

In March 2020 due to the Covoid-19 Virus in China, all the factories were delayed in restarting. At the same time the "Lockdowns" began to take place around the world. Shops were forced to close, and dealers told me they didn't expect to order anything until further notice. Flights were cancelled and shipping out of Hong Kong became a major challenge.

I felt the sensible thing to do was to halt production of the King Tigers, until the situation improved.

It's been over a year. I feel that the situation has improved enough to consider starting production once again.

There will be an official announcement made next week, along with the MAY 2021 NEW RELEASES.

The Aztec Temples have been another victim of the Covid situation, and the delay has been due to the uncertainty and continually changing situation regarding the postal services from Hong Kong.

I will finally make these pieces available in the next few months 2021. 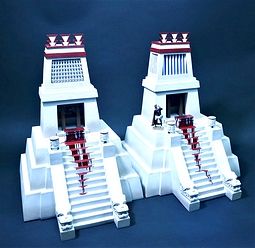 THE ROLAND CIIA PILOTS AND CREWS

There have been many inquiries regarding the pilots and crews for the Roland CIIa model. Both the standing pilots and the flight crews are in production. 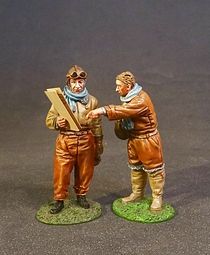 Both sets should be available in August and September 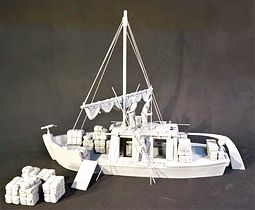 There have been several inquiries regarding the dimensions of the Keel Boat. The Keel Boat should be available November/December this year.

The figures and baggage will be sold separately.

The first new series of 2021 will be the Wellington In India series. Based primarily around the Battle of Assaye in 1803.

The first releases of this series will be in September 2021 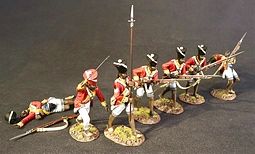 This much anticipated series will be previewed throughout September 2021, or at the Chicago Toy Soldier Show Treasure Hunt!
Further details will be announced at a later date.